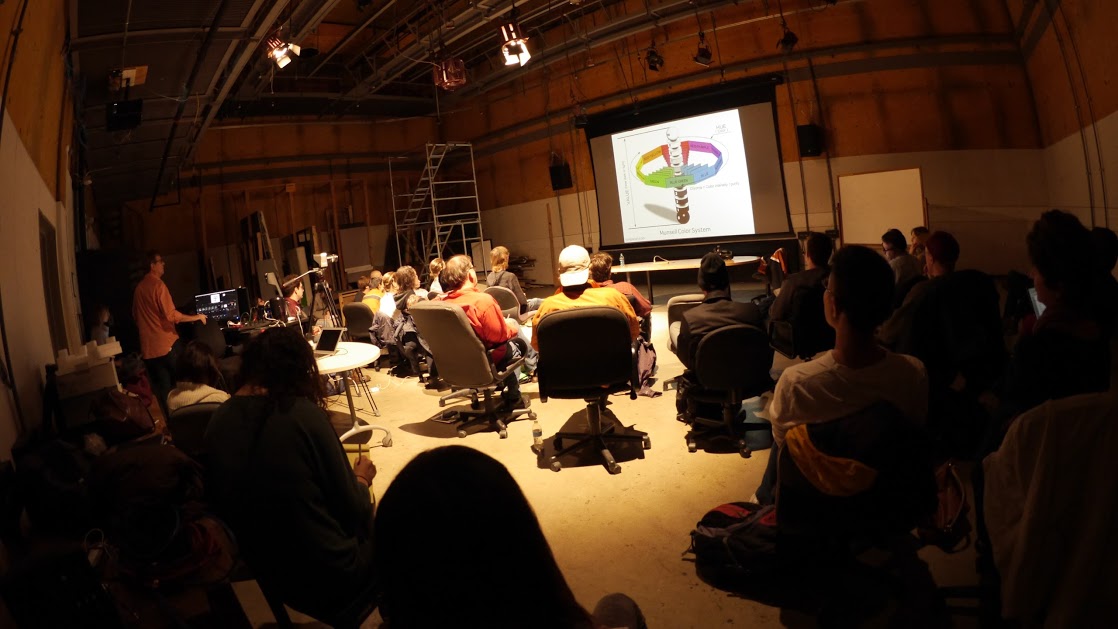 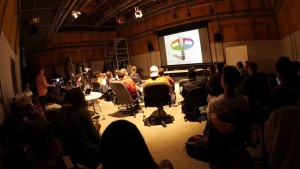 One of the highlights for me during 2014 was having the opportunity to speak on color with the Radio TV and Film students at the University of Texas. I called it An Introduction to Color Awareness because there is so much more to seeing, feeling, knowing, and understanding color than meets the eye.  That hour-long presentation lasted three hours, and the line of students with questions seemed to never end. I felt both enlightened and excited about their visions of using video to tell stories.

In fact, this idea of exploring life, sharing wisdom, and helping others see what we see by telling our stories with video and film is what excites me as a colorist. It’s an honor and a joy to participate and hopefully collaborate with filmmakers in telling their stories.

Here are a number of thoughts I find useful to impart during my conversations with filmmakers.  Many of these points are important to consider BEFORE you even start shooting a film instead of afterward in the color grading studio.  Sadly, that perspective seems rather unknown for many independent filmmakers, though it’s not new and, in fact, is used to great advantage in nearly all major broadcast and film-based projects.

To understand this more, listen to Randy Starnes senior colorist talk about his collaboration with DPs on major TV broadcast shows over the years.

You don’t have to have a lot of money to use color; you just have to be aware of what color and light are about by practicing awareness and talking about them as your stories evolve. This includes documentaries as well as narratives.  I realize that having more concrete steps to gaining this insight would be useful, and that’s all part of what I have in mind for 2015.

For now, allow me to pass along these insights from 2014 in hopes that you may find yourself becoming more attuned to the nature of color and light around you in your life and see more of how it impacts your body and your storytelling. 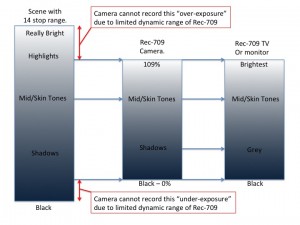 Shooting raw and log encoded files – key points – practice, practice, practice exposure – as though you’re shooting film and will get only one chance at exposure.  To get up to speed quickly or refresh your memory, bookmark the following article from Allister Chapman. You can start with this article; however, reading his entire site about exposure of Raw and Log files will bring you many useful insights. Doing so will save you a lot of frustration later when attempting to color correct, color grade, or just tame your exposures in post.  Shoot it right initially and you’ll have more fun in post-production versus nail biting over all the exposure and color correction issues that could have been avoided.

Most valuable source on color grading – highly recommended – subscribe to the free almost-weekly newsletter from Patrick Inhofer, www.TaoOfColor.com. There simply is no better source of insights that constantly flow into your mind than this.  Get it.

So you want to do your own color correction and color grading – There are two approaches: Learn it yourself, or

seek education. The best approach is do both and practice, practice, practice.  There are three excellent online courses and all of them use DaVinci Resolve as the color grader. It’s free but there is a learning curve associated with it.  I’m not familiar with grading in Adobe’s SpeedGrade, which is included in Adobe’s Creative Suite, and to be fair there are Baselight and Nucoda and others, but those systems are generally out of reach of the beginner or independent colorist.  The free version of Resolve is your best bet, but again give yourself time to learn. Once you’ve been through the free YouTube videos, step up to Patrick Inhofer’s grade-along courses. This is how I started five years ago. His work with Robbie Corman and Dan Moran at www.MixingLight.com has become colorists’ go-to site for critical tips and tricks you’ll want to know for projects. Frankly, some of those posts have saved my tookus a few times with various films over the last two years. Worth the monthly subscription, and you can download the videos for reference when you’re offline.

If you’re getting serious about color grading – then take the time and money to seek education from Warren Eagles and Kevin Shaw. Their company, International Colorist Academy, provides a number of classes throughout the year around the world. The classes I attended were in Los Angeles and no, they’re not cheap but are worth every penny.  I have been so impressed with what I learned that I returned to Kevin Shaw for an interview about his new advanced color grading class and I have interviewed Warren Eagles about the way he teaches.  So take a moment to check these guys out. Warren also has an online class you can take as a starting point.  Another training contributor from a highly respected colorist is Alexis Van Hurkman’s course at Ripple Training on DaVinci Resolve 11. Alexis writes the documentation for DaVinci Resolve and authored the Color Correction Handbook: Professional Techniques for Video and Cinema (2nd Edition) (Digital Video & Audio Editing Courses).

Learning about color from the inside out – The real deal now is understanding yourself and your interaction with color and light. That may sound a bit ‘out there,’ but consider this: The cost of color grading has dropped to nearly zero from a software perspective, and powerful laptop hardware has dropped dramatically in price in the last 2 years.  Anyone can have the tools. With some time and discipline you can learn how to use the tools even if all you want to do is color your home videos better.  But you’ll never be great until you can feel, sense, and understand light and color, and learn how it impacts others in your storytelling.

The two most impactful experiences I had in 2014 were taking in new perspectives about color, and getting my head around the idea that “Color is not essential, but very influential … .”  There is another argument that light/color are important to us as humans, and the wavelengths of various light energies impact the health of our bodies and thinking process. I’m all about that, too. But hang in here with me on color being less about defining and more about feeling and sensing. 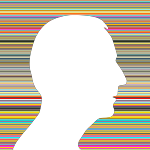 Read the blog posts by Aleksandar Maćašev at the Munsell.com site. You’ll quickly gain a much broader perspective of the influential nature of color from an artistic point of view.  But don’t stop there.  If you’re like me you’ll find this angle interesting enough to dig deeper, and that exploration led me to an author/artist in the UK, David Batchelor. Get a copy of his Chromophobia. Batchelor will take you on a new path through the topic of color that will likely push up against what you now know. Then move on to another of his books, The Luminous and the Grey.

Learning about how color and light impact our body and mind – the most impactful live workshop I attended in 2014 was with Leanne Venier, and I have a lot to share about that experience.  Her workshop helped me learn how to interact directly with color in ways I had not considered.

What’s Next for Color Talk? I am shifting the focus of Color Talk to be more about color, light, art, and how we perceive these in our lives and how we use them to tell our stories. This is where I’m headed. This is where I’m spending more of my free time in 2015. I’ll still be honing my craft as a colorist and learning from the many mentors I’ve mentioned above.  But at this point in my career I’m ready to delve more deeply into the artistic aspects of my work.

Do you have a short, a movie, or an idea you want to put into video form? Let me know. Let’s have coffee and talk about how you can use color from the beginning versus at the end of the process.